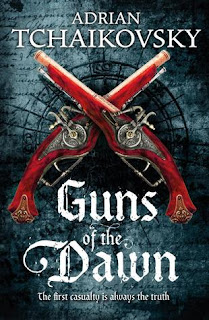 This made me laugh and cry and I thoroughly enjoyed myself. If the blurb is at all interesting to you, do yourself the favour and pick this one up. It's worth your while.
By Olivia at December 06, 2017
Email ThisBlogThis!Share to TwitterShare to FacebookShare to Pinterest
Labels: adrian tchaikovsky, fantasy