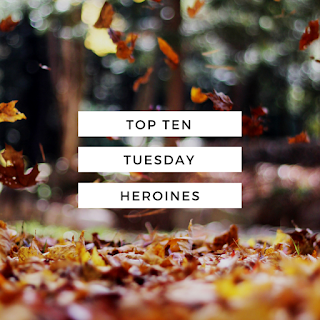 This week the topic is, well, a freebie. You can find their post here.

After the women's marches that happened all over the world on Saturday, I decided to go for my favourite heroines. I'm sure that has been done in the past, but I haven't made such a post yet, and I do have a few favourite heroines, I'd like to talk about. Not sure if 10, but definitely more than one.

Look at this gallery showing women's marches around the world on the website of The Guardian. And here an article on the New York Times.

Let's start with my favourite heroines.

I hope everyone is having a good week. Let me know about your posts in the comments and I'll make sure to drop by!

By Olivia at January 24, 2017
Email ThisBlogThis!Share to TwitterShare to FacebookShare to Pinterest
Labels: top ten tuesday