This week the theme is a Father's Day Freebie and this week's post by The Broke and the Bookish post can be found here and it's all about the best and worst father's in fiction.

I thought about the topic and realised that most fiction I read has no fathers. If anything they tend to die in the beginning of the story so the hero can set out and conquer or save the world. Or if they do exist, they are sort of in the background and forgotten. Poor dads!

Because of this I'd like to first speak about my own father. I remember not wanting to read. In fact, I was extremely opposed to reading and refused to even learn how to do so until I was about 7. He was a huge reader and I think it frustrated him a tiny bit. To combat his daughter's rebellion he started reading books to me. 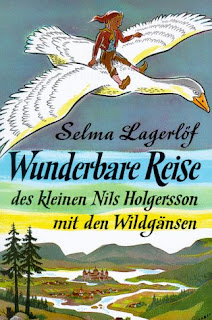 He started with Nils Holgersson, a story that most Europeans probably know, not sure if its popularity ever made it to the other continents. He read me a chapter every night before I went to sleep until he was done. Then he picked the next book. 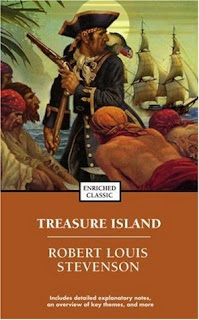 Treasure Island. He read the first chapter to me and I wanted to know how the story continues. There was a dead pirate, a treasure map and a young boy. I NEEDED TO KNOW HOW IT CONTINUES. The next day I got up, grabbed the book and finished it. In the evening my father wanted to read me the next chapter, but I told him, I was already done. 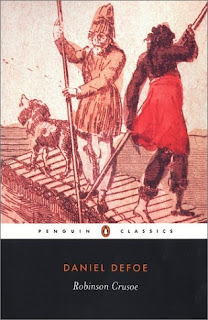 Robinson Crusoe was next. Same thing. He read me the first chapter and by the end of the day I was done. He stopped reading to me from then on, because I just started eating the books. All of them. He introduced me to my favourite adventure novel as a child. Indians vs. Cowboys vs. the Wild West written by a German author who had never been to the Wild West and considering today's standards was (possibly) quite racist... written in the 1920s. But boy, did I love these books...

And when I was 8, just 8, I asked for a book that would scare me because I'd read a Grimm Fairy Tale which was titled: The Story of a Youth who Went Forth to Learn Fear.
Me too, I wanted to learn fear. He brought home "scary stories for children" and they weren't scary and I told him so... and I don't know who he asked for advice (and whether or not he told them the person it was intended for was a small girl) ... but the very next day this lay on the dinner table and to this day I doubt he knew what he was giving me. But, I WAS SO HAPPY TO FINALLY KNOW FEAR. 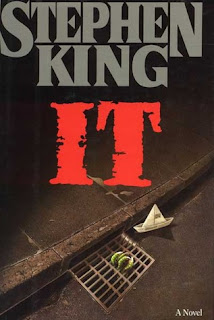 To this day I love books and it's thanks to him!

Now, if you ask me about dads in fiction? Lucius Malfoy and Tywin Lannister won't win any awards. Atticus Finch, Arthur Weasley and Mr. Bennet just might!

Can't wait to so everyone's lists!
By Olivia at June 13, 2017
Email ThisBlogThis!Share to TwitterShare to FacebookShare to Pinterest
Labels: top ten tuesday