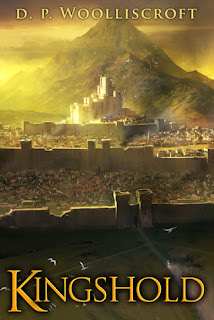 I recommend Kingshold to any fantasy fan who ever wondered what would happen if one day a monarchy decided to have democratic (sort of) elections instead of replacing the dead king.
By Olivia at May 15, 2018
Email ThisBlogThis!Share to TwitterShare to FacebookShare to Pinterest
Labels: d. p. woolliscroft, fantasy