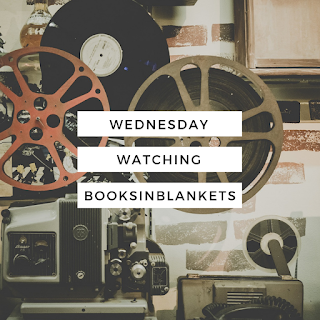 I'd like to talk about films and shows every now and then because I'm a huge fan of those as well, not just books.

In this post, I'd like to talk about a few shows that I've watched in the last twelve months, and that I think are worth mentioning.

I'll keep it at ten for now, and might make a second favourite recent shows in a few weeks.

The ten shows I liked most in 2018.
Grace and Frankie - This is a wonderful show about getting older with Lily Tomlin and Jane Fonda. Their husbands come out to them, after having had an affair for twenty years, and suddenly they find themselves alone, and they don't particularly like each other, at least at first. It's got a lot of heart and is well worth everyone's time. I love the characters a lot and can't wait for the next season. Netflix Original. 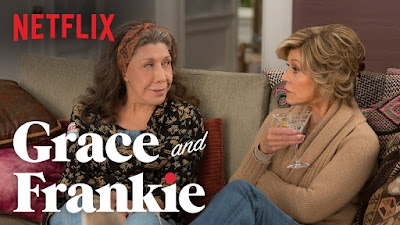 Sex Education - Another Netflix Original. This one has Gillian Anderson. Spoiler Alert: I love Gillian Anderson. It just dropped last week, but already I think it's well worth a watch. It's about teenagers, but those teenagers are lovable.

Crazy Ex-Girlfriend - A musical comedy drama that tackles mental health in a wonderful, wonderful way. Feminist, diverse and uplifting. In the UK on Netflix and in the US on CW. 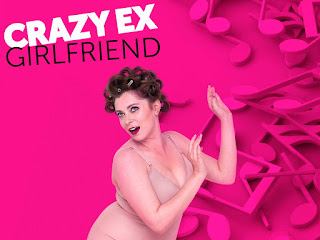 Transparent - About a transgender parent and her family. This one is an Amazon Original.

The Good Place - NBC, but on Netflix in the UK. A wonderful comedy about four people who died and find themselves in heaven. Tackles philosophy, morals and ethics in a heartwarming way. Have rarely seen anything so innovative. 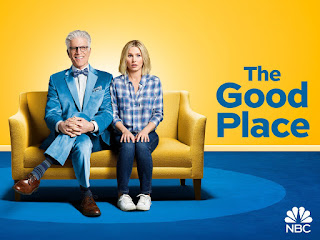 Bojack Horseman - This is animated, but it tackles mental health, depression and anxiety in a heartbreaking way. It's very dark and sad, but also such an important piece of art. Netflix Original.

Glow - Netflix Original. Women wrestling in the 80's. It's amazing, believe me.

Dark - A German series about time travel that simply blew my mind. Possibly the most entertaining and mind-fucking experience of 2018. It's on Netflix. It's worth watching in German with subtitles.

Bodyguard - BBC. A UK minister and her bodyguard with politics, terrorism and quite a bit of intrigue.

Killing Eve - BBC America/BBC. An assassin and the woman who hunts her. Funny, dark, wonderful. A treat to watch. 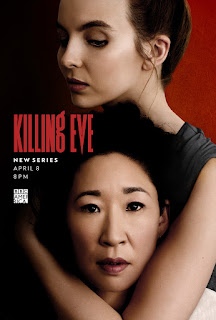 I'm always looking for recommendations. What TV shows do you love the most? To give you an idea of some of my all-time favourites, these are the four shows I'd take on a deserted island that happens to have electricity.
RECOMMEND ME SHOWS! NO! DON'T! MY BACKLOG IS HUGE. HELP.
By Olivia at January 16, 2019
Email ThisBlogThis!Share to TwitterShare to FacebookShare to Pinterest
Labels: wednesday watching