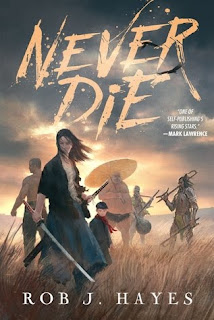 I highly recommend Never Die to everyone who loves their fantasy topped with a ton of action. If any of this sounded interesting, give it a shot, it's well worth a read.
By Olivia at March 11, 2019
Email ThisBlogThis!Share to TwitterShare to FacebookShare to Pinterest
Labels: fantasy, rob j. hayes