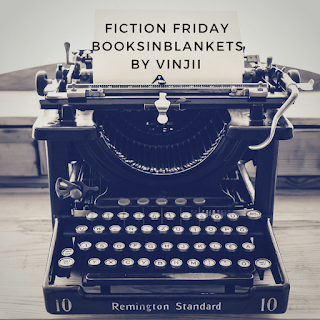 Note: A recent piece of flash fiction. I'm not entirely happy with the ending, and I wonder if perhaps the message is too on the nose.

Robert stared at the tool and scowled. He lifted his taser, ready to take it down. The tool looked up and stared back at him with wide human eyes. Fear darkened its blue irises.

It narrowed its eyes and focused on the taser, lifting strong metallic arms. “I’m not armed.” The voice was human, just like its eyes.

“Keep your hands where I can see them.” Robert spat. “Kneel.”

I’m not armed. The audacity. Robert spat again. The entire thing was a weapon.

Robert huffed in reply. A human head screwed onto a wired, metallic body wearing a suit made of artificial skin didn’t make a tool a Brad. Granted, a human brain was better than an artificial one. At least Robert thought so.

The law was clear on this subject as well, but the judges were divided.

When was a human no longer a human? And how much of the original human had to remain to still be considered human?

But for now, human rights applied to all human brains.

Not if Robert wanted his family to be safe.

“Are you police?” the tool asked.

Sniffing the air, Robert sneered. No sweat. He liked the stench of fear. Humans stank. Tools smelled of oil and metal, sometimes of burnt plastic.

Its knees creaked as it shifted, looking up at Robert. “Please. I have a family. Children. Human children.”

Robert blinked, lowered his taser. “You do?”

He’d joined the Anti-Tool Coalition a couple of weeks ago. An underground organisation with one aim only: step in where the law had failed.

A tool had attacked Robert’s wife, grabbed her handbag and run off. He’d been too fast for her, too fast even for the cameras. “He was a blur,” his wife had told police, and they’d said they’d check out every registered tool living nearby. But Robert knew what that meant…

Police didn’t have the manpower to tackle robberies, not when nobody was hurt.

“Two daughters,” the tool whispered. Its skinsuit was ripped on the back of its right hand, revealing wires instead of ligaments.

Robert cleared his throat. “How?”

“I wasn’t born like this, you know.” The tool sat back, hands behind its head. “You must know that most of us…” It fell silent, bit its lip like a human would, studying Robert with blue eyes. “Look at my phone. It’s in the left pocket of my jacket.”

Frowning, Robert raised his taser. He took a small step towards the tool.

You’re angry, aren’t you, Bob? Pete had asked after the robbery. Pete was a scrawny man with thin and oily hair who wore small, round glasses. They rarely spoke, but that week Pete introduced him to the Anti-Tool Coalition.

Never believe a tool. They lie. And before you know it, they’ll trick you. Never engage with a tool. Never speak to a tool. Protect yourself.

“Don’t move.” Robert pressed the taser against the tool’s chest and fumbled for its phone with his free hand. Taking three steps back, he tapped the screen. The smile of two girls greeted him. “Are these your daughters?”

He pursed his lips and gripped the taser more tightly. “Actually, I don’t—”

“Army. Five years ago. Venezuela. My car went over a landmine.” The tool spoke quickly as though realising that Robert was about to cut him off.

“Ten years. They paid for this.” It gestured towards its body with its chin.

“They don’t pay for upkeep?” Robert asked, pointing at the ripped skinsuit.

“It’s a one-off. I had to choose between a widow pension for my wife or a new body for me.” Brad lowered his eyes. “I’d asked for the pension, but my wife begged for them to bring me back.” Brad wiped his nose with the back of his hand. “What use am I to her like this? But I couldn’t…couldn’t let her down.”

Never speak to a tool.

Robert narrowed his eyes. “I was told there’d be an illegal trade tonight. Why are you here, Brad?”
“My knee joint is wearing out. I work as a delivery drone, but now that I’m slowing down, they’ll let me go. I was going to buy a new one.”

“On the black market…”

Pete had introduced him to the director of the local Anti-Tool Coalition. They weren’t strictly legal, but the director, Thomas, a big burly man, shoulders and chest as wide as Robert’s wardrobe had shaken Robert’s hand firmly. “Welcome, welcome,” he’d said. “Pete told me about your wife. The government is dropping the ball on this issue. Soon, us natural humans will be the minority. And there’s no way to defend ourselves.” He’d not let go of Robert’s arm, and Robert had worried Thomas might pull it from its socket. “They’ll take our jobs, our women. They’ll take the country, and before we know it, we’ll be discarded. They’ll claim they’re better than us. But they’re not. They’re tools. Not human.”

Tools. Robert hadn’t heard the term before, but he’d liked it. A tool was something useful. Something that could be controlled, used, destroyed.

And a tool wasn’t human.

A tool could be thrown in the trash.

“Are you part of the Anti-Tool Coalition?” Brad asked.

“My wife was robbed by…” Robert’s voice trailed off, and he shrugged.

Don’t talk to them. Use your taser. Wait for the police. Say you’ve felt unsafe. They will let you go. They won’t look too deeply into the death of a tool. Police these days don’t have the manpower, and most don’t care.

“Have found a new culprit. I know. Look, it’s tough for us, and I get that we’re scary. Hell, I’d be scared, too.” Brad slowly stood, his hands in the air, palms facing Robert. “I just want to go home to my daughters.”

Robert nodded. He lowered the taser and before he could say anything else, the man in front of him turned into a blur. A small woosh, wind tousling his hair, then Brad was gone.

Robert grimaced, looked at the taser in his hands.

But Robert wasn’t sure it was Brad who had tricked him.

He turned to leave, dropping the taser. A clatter echoed off the walls as he walked away.