TTT (20) - Top Ten Books I Struggled To Get Through

This week the theme is Top Ten Books We Struggled To Get Through and this week's post by The Broke and the Bookish can be found here.

I hardly ever DNF books. How about you? As a teenager I'd usually read one book at a time and since I'm an only child that loved reading, I'd sometimes get through a book a day. Then my 20s came around and video games and television series somehow were more important than reading. Social Media swiftly followed and destroyed my attention span. I swear I could read for hours without looking up once... now I promise my brain it's allowed to check Twitter once the chapter is done.

Nowadays, I am mostly reading again but quite often 8 books at the same time. I avoid reading slumps like that. If I'm not in the mood for a book, I just reach for another one. I also gave myself the permission to DNF books, but I still rarely do it.

These are some of the books I struggled with but ended up enjoying more than expected: 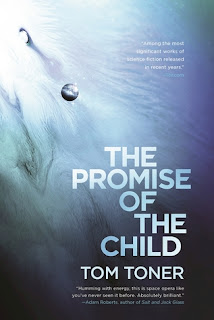 Tom Toner's The Promise of the Child is probably my favourite read of 2016. It's quite dense and complex though. It's the 147th century and humanity has conquered the stars and evolved. It's a book that demands 100% of the reader's attention and it's definitely not straightforward but I'd love to have the guy's imagination. I'm an impatient person, I sometimes skim long descriptions...shame on me. This book taught me a lesson, because after about a third I had no idea what was happening and had to start from the beginning. That's when I fell in love... 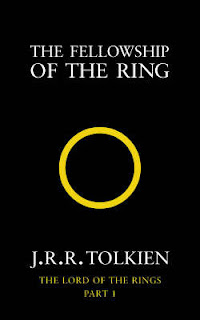 My first adult fantasy book. My father gave it to me when I was fifteen years old, and I remember sitting down with a Bloodhound Gang CD (the music to this day evokes a shiver and a faint memory of Nazgûls) and cracking it open. I did not get the first 100 pages... the description of the Shire is quite lengthy and I was mostly bored. Once I managed to wade past the first 150 pages or so, I could no longer put it down. 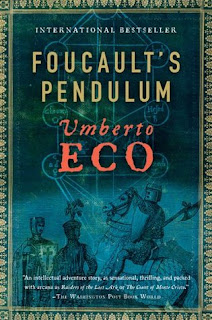 This book is brilliant. Yes, it's complex and yes, if you want to understand everything that's going on you'll probably need a philosophy and history degree. But you don't need to understand everything to enjoy the heck out of this story...
Once I admitted that many details will fly over my head and I will probably not get most of his clever hints and allusions, I just read it. And Umberto Eco takes a shopping list, makes it a conspiracy, feeds it to a bunch of scholars and lets them re-write the entire history of Europe...based on said shopping list. I love conspiracy theories and this book rolls with it in a way I'd never seen before. 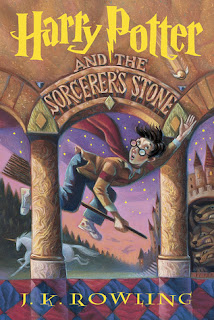 I almost missed it. How silly. "I'm not participating in this dumb wizard hype," said 13 year old me. It taught me two things: do not ignore hype and do not ignore wizards. We were on our way to a getaway in the mountains and I knew it would be hiking, therefore boring. I asked if I could buy a few books to take with me and my parents said yes... the bookshop at the station had the first three Harry Potter novels neatly stacked by the entrance and I had a moment of, why not? Might as well find out what the fuss is about... 48 hours later I had to join the wait for book 4!

I've struggled with other books. Anna Karenina, for example, had an entire chapter about farming and I almost fell asleep, but once I push through and end up loving the book, I tend to forget about the struggle.

What are books you struggled with? Or maybe even abandoned? Or still pushed through? Let me know.
By Olivia at September 05, 2017
Email ThisBlogThis!Share to TwitterShare to FacebookShare to Pinterest
Labels: top ten tuesday