Once upon a time Top Ten Tuesday was hosted by The Broke and the Bookish.

Now, it's moved to the wonderful That Artsy Reader Girl. The rules can be found here. And this week's post here.

This week the topic is Books You Can't Believe You've Read.

I can't believe I read Salman Rushdie's Midnight's Children simply because it took me several tries. I tried it first at the age of eighteen. Again at the age of twenty-five. And then finally got through the book at the age of thirty-two. But damn, the struggle. It's such a difficult book for a non native speaker and I was too stubborn to pick up a translation.

Open by Andre Agassi: I don't read biographies and when my book club picked this one I inwardly groaned and no, I did not enjoy the experience. However, if you're interested in Agassi, it's a good book.

And, I almost never read Harry Potter because I was a cool teenager who didn't do hype. Ugh, everyone is reading this, so I definitely won't. Thankfully, I did pick it up and fell in love.

I can't believe I read Piccoult's My Sister's Keeper because it has the worst ending ever. Deus Ex Machina like it's defined in the dictionary. Such a great premise, such a great story and then the author did not dare to choose an ending.

Dark Lover: I don't usually read paranormal romance. Especially not one where the main characters are called Wrath, Thorment, Rhage and Phury. But guess what? I love this series. My guilty pleasure. 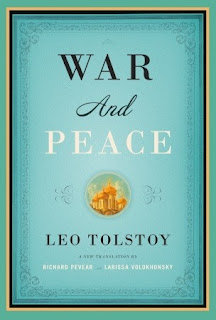 I still can't believe I got through this at the age of eleven. I'm pretty sure falling in love with Audrey Hepburn's Natasha was the reason. I'm currently re-reading this one to see how much went over my head back then.

What about you? Let me know in the comments.
By Olivia at January 30, 2018
Email ThisBlogThis!Share to TwitterShare to FacebookShare to Pinterest
Labels: top ten tuesday