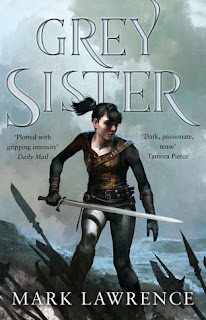 I highly recommend Red and Grey Sister to all fantasy fans.
By Olivia at May 23, 2018
Email ThisBlogThis!Share to TwitterShare to FacebookShare to Pinterest
Labels: fantasy, mark lawrence