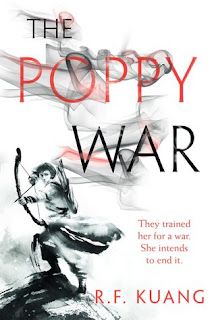 I recommend this to fans of fantasy who like grimdark worlds, and I think especially Mark Lawrence fans who love his Red Sister / Book of the Ancestor trilogy will enjoy this one.
By Olivia at August 21, 2018
Email ThisBlogThis!Share to TwitterShare to FacebookShare to Pinterest
Labels: diversity, fantasy, netgalley, r. f. kuang