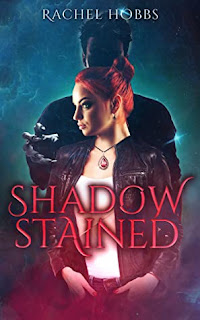 Plot: For her, it’s her late grandma’s legacy. For him, the mother of all black arts spoils, granting one demon the power of a God. Immortality.
When occult-magnet Ruby falls victim to Demon Lord Drayvex’s viperous allure, she loses a sentient dark relic to his light fingers and appetite for power. Like calls to like. But when Drayvex himself loses the relic to a traitor to the throne, Ruby coerces him – the tyrant king with a soft spot for humanity – into helping her save her pokey old world village from becoming a ground zero of mass demonic carnage.
Both invested in reclaiming the relic, the one thing Ruby and Drayvex agree on is that it’s in the wrong hands. Co-existing in a precarious arrangement between predator and prey, to save the planet they both love for different reasons, they must become a formidable double-team in the face of an apocalyptic takeover. Now, the fate of both human and demon alike rests with a killer that walks between worlds, and a woman with a curse in her bloodline.

This isn't my usual genre - I do read mostly fantasy, but usually epic in nature and Shadow Stained is a paranormal / dark fantasy, but I must say I enjoyed the ride.

Overall, Shadow Stained is, unsurprisingly, a rather dark story, filled with quite a bit of gore, and so it'll come as no surprise that my favourite character was a (sexy) demon lord called Drayvex. He's unapologetically selfish and cunning (and incredibly captivating), and I loved his character arc the most, but I do feel like we get to know him better than Ruby.

Don't get me wrong: I also liked Ruby. In fact, I can relate to Ruby a lot. She's doing her best, but she's terrified of monsters. Sounds a bit like me. I would definitely not be like Buffy. I'd be the one to run away and hide. So, I can really relate to Ruby. Although, I would have liked for her to make fewer reckless decisions. And perhaps grow a spine a bit sooner? (But who am I to judge. As I said, I wouldn't be Buffy.)

Shadow Stained is told from the point of view of both main characters. The pacing is fairly solid, although there were a few slower chapters, and at times it felt as though the action was rushed.

I enjoyed the writing, and Rachel Hobbs took great care in building this world, and I especially loved finding out more about Drayvex's home planet.

This is a quick read that I would recommend to all fans of dark fantasy.